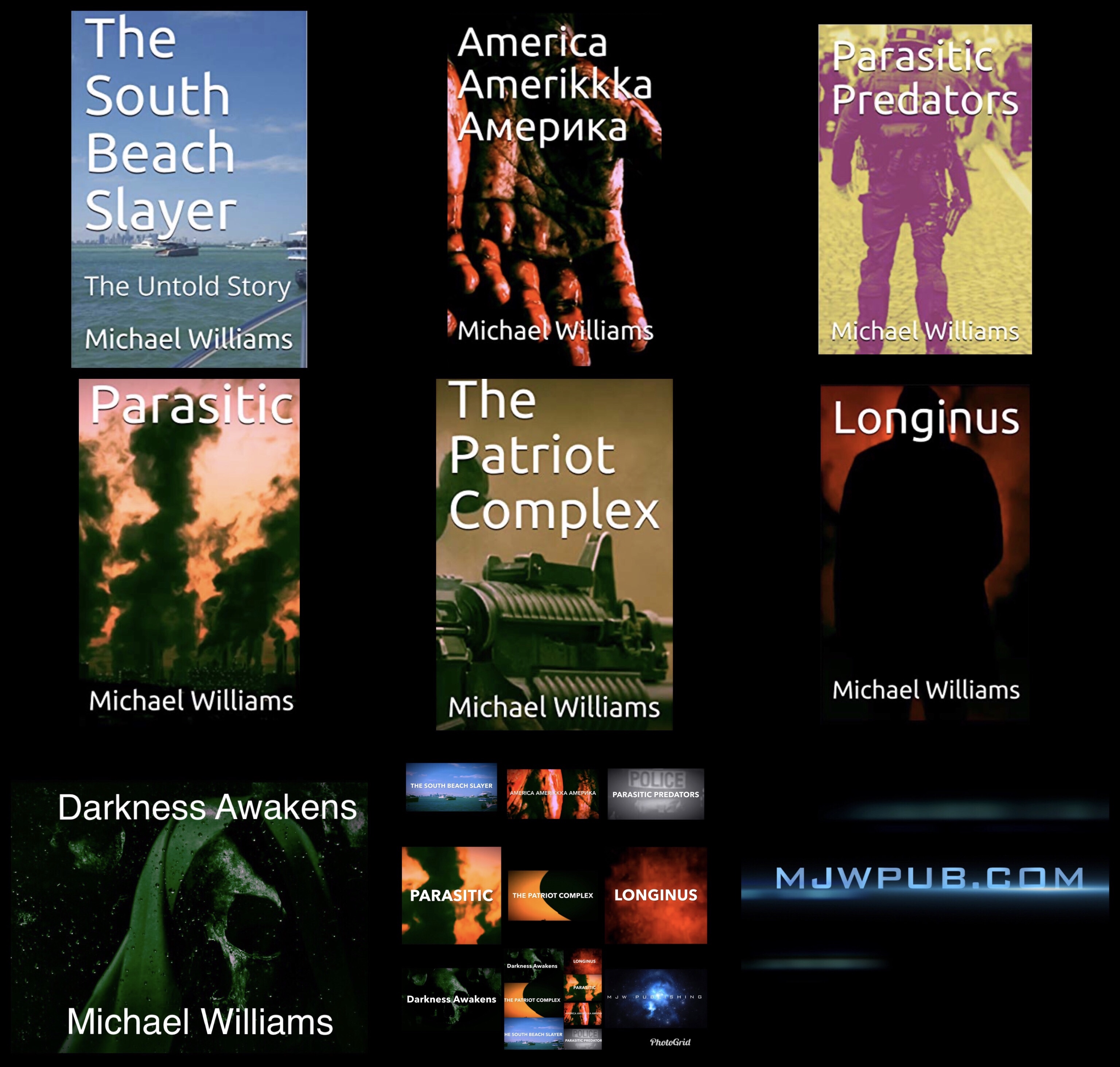 “We need to tell our own stories. From our own perspective and from our own lived experiences and struggles. We need to support our own creatives and storytellers who have endless numbers of original ideas and original stories to tell the world. We are not beholden to their predictability.”

You can now watch and experience every video trailer and commercial written and directed by visionary writer, author, screenwriter, director, producer, and filmmaker Michael J. Williams for all six books of short stories and novels written by Michael J. Williams. Experience the legendary vision and mind-blowing visuals of this once in a lifetime creative who want to bring originality and imagination to a world, an industry stuck in the quagmire of predictability and the mundane. Welcome to the future of storytelling. Welcome to endless possibilities.

The Chronicles of the Parasitic

When the complete eradication of a parasitic plague is the only way to save humanity. The Chronicles of the Parasitic – a four-part book series about the survival of the human race and its quest to defeat an enemy so great and so evil that mankind will have to do the unthinkable to end this deadly plague of hate, violence, and racism.

Book I: THE SOUTH BEACH SLAYER

When the glitz and glamor, the fortune and fame, hide a hideous and sinister secret about a notorious serial killer roaming freely on the streets of south beach.

Five short stories about the interconnected lives of everyday people and the impact of how drugs, alcoholism, spousal abuse, police brutality, discrimination, racism, and foreign intervention all lead to choices that not only have consequences for their lives but society as a whole.

When you are the prey but you are oblivious to the fact that the predator that is hunting you is standing directly in front of you.

Infected with the deadliest plague the world had ever seen. The world must unite to combat and defeat a parasitic mutation that has engulfed the world for thousands of years with its incurable disease.

Corruption, scandal, coverup, and treason. The end of American democracy as we know it. The Nick Frost Chronicles– a three-part book series about the rise of fascism, domestic terrorism, greed, corruption, and ruthlessness and how it has infected and corrupted not only the American government and government officials but has spread fear and terror throughout the nation. Will American and Americans survive this ruthless takeover of their beloved country or will certain individuals force unimaginable change and not for the good, to American democracy forever?

Book I: The patriot complex

A demonic monster in the hands of pure evil. Is hell-bent on bringing humanity to its knees. The Chronicles of the Drake Empire and the Relics of the Gods– a three-part book series about mythical creatures, biblical relics, demonic monsters and those with the desire and evilness in their hearts, their minds, and their souls to bring about the end of the world and attempt to reshape and build a new and evil world in the attempt to cast out hope and freedom and righteousness and engulf the world with famine, oppression, ruthlessness, and pure evil. The apocalypse is upon us. Will the world survive?

A mysterious billionaire races to capture biblical relics to stop the rise of the Fourth Reich.

Alien-Human hybrids created to build an unstoppable army to help the white plague continue to rule the world with its iron fist of hate and destruction. Must discover their humanity if the world is to survive the coming apocalypse.

The Fall of a Parasitic Nation and the Rise of Black America.

When the science and medical communities discover a parasite hiding in plain sight that has been devastating and slowly killing humanity for centuries with no known cure in sight. Many political and military experts and strategists believe that the hope to save humanity is in a newly discovered empowerment of Black America.

A writing community for all.

A writing community where visionaries and creatives can flourish.

We hope that you enjoyed the wonderful and creative vision of author, screenwriter, and filmmaker Michael J. Williams. We hope that you join our writing community to stay up to date on the latest news and forth coming projects by our visionary staff of creative minds and wonderful storytelling. Welcome to a world of Endless Possibilities.

A Storm is Coming

The Chronicles of the Drake Empire II

The Chronicles of the Parasitic II